Last week I posted a long, angry piece describing how Dell screwed up an important order. Well, important to me. Pissily tiny to them. Within hours I received a phone call from Winston Robins, Dell’s Purchase Experience Manager for Australia and New Zealand.

What immediately impressed me is that he’d actually read what I’d posted, here and on Twitter, and instead of glossing over the mistakes he seemed genuinely interested in finding out what went wrong.

The short version is that the monitors I’d ordered were delivered as quickly as possible after that, and Winston kept me informed of progress at all times. He acknowledged Dell’s mistakes, and said the staff responsible were “coached” — which is a nice little euphemism, eh?

So what went wrong?

In my previous post I said that Dell’s service had failed in three specific ways:

I am following-up on our discussion. In response to your three questions:

1. Delayed response to process your order.

Order velocity is one of Dell’s key differentiators. Our goal is to custom build and deliver within Australia on average within 6.6 days from taking the order. Currently we’re hitting 0.5 days from order receipt to in production.

Your order was highlighted as an exception requiring further information and our automated workflow system forwarded this to our team dedicated to resolving the issue. Your order was delayed at this stage. We’ve taken the opportunity to coach those involved to ensure this does not repeat.

Credit card processing is the final stage of order confirmation. Only after clearing through our Export Compliance Team do we attempt to charge your credit card. Initially when we charged to your credit card we received an error message. This was subsequently resolved.

3. No ownership or call back.

The best and quickest solution to getting your order in to production was a simple phone call. I’ve provided this feedback to the functional leaders. 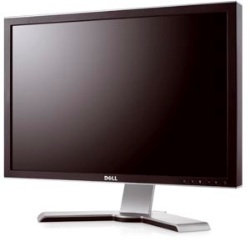 Thank you, Winston, for fixing the problem and, just as importantly, taking steps to help ensure no-one else suffers the same fate.

Problems — “mistakes”, “glitches”, “issues”, whatever you want to call them — can happen in the best-designed systems. But as the old saying goes, we need to learn from our mistakes. It sounds to me like a few people have done some learnin’ here!

“This was a case when procedure ruled over common sense,” Winston told me at one point.

Winston’s observation that “the best and quickest solution… was a simple phone call” is spot on, and I’m glad the relevant people have received that message. It shouldn’t have taken the intervention of a national manager before that happened, though, and certainly not my angry speech to hundreds of Twitter followers before anyone noticed.

One problem with outsourcing is that it’s often done to countries whose tradition is to respect “dutiful people” — those who follow the procedure. This means you can build efficient corporate machines like Dell. But creativity requires you to break the rules to achieve something new and different — and at its heart, problem-solving is a creative activity. A flexible machine usually isn’t efficient.

I accept that this screw-up was probably a rare one from Dell, and I’m pleased it was sorted out efficiently and with good humour — once we got a high-level human on the case.

I acknowledge that Dell makes some good kit — yes, these big monitors are fantastic and I might consider one myself — though if I’m going to do more media work then the colour quality of Apple Cinema Displays would be an important factor.

But whether I try Dell again remains to be seen. I’ve always preferred to deal with a local business who provide a named human to support me, and to order from a warehouse where I can see whether items are in stock now. The nasty taste from this experience is still too strong in my mouth. For the time being.

9 Replies to “How Dell fixed my monitor order”