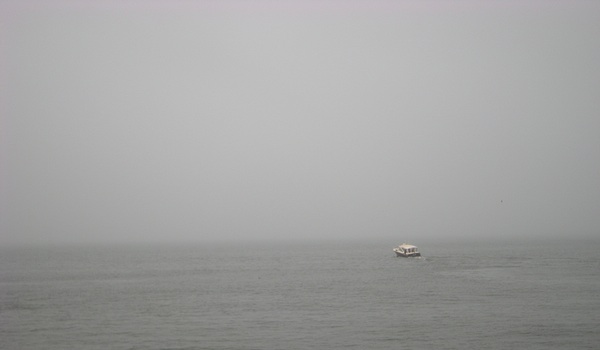 Oddly enough, I might end up managing my hunt for a new home more effectively and more cheaply by leaving the country next month. But even if that doesn’t happen, it looks like I’ll be in temporary digs for a while.

If you don’t like personal blog posts, stop reading now. Instead, read about this pro-intervention former CIA officer who runs his own private intelligence service.

If you’ve just tuned in, we were given notice to vacate the Enmore house by 3 February. The property owner refused my request to change that date or even negotiate. January is when I should be focussed on kicking off work for the year, especially given that freelance writing and production and my other billable work all but disappear during the so-called holiday season. I really should have kicked off the househunting too. But I was, erm, distracted to say the least during Artemis’ final days.

So, as I feared, the deadline approaches without the cashflows needed to cover moving house — you know, the usual annoyance of having to come up with a bond and additional rent, as well as any removalist costs. Friends have offered to help, so that’s good. But I will admit that I’m still very, very stressed. It’s affecting my productivity. Which affects my cashflows. Chicken. Egg. Etc.

Then last week a PR agency asked me whether I’d be available for a trip to San Francisco in February. I can’t say when or why or who’d be paying just yet, and in any event the offer hasn’t been confirmed. But it set me thinking. There could be another way.

If I’m out of the country for a week, and if I’m spending another couple nights away at the Kickstart Forum at the end of the month, then during those times I won’t need accommodation. I’ll be staying in hotels, and supplied with food and drink.

So why don’t I just leave the Enmore house as required, put my stuff into storage for a month, and live temporarily in a serviced apartment in between hotel stays until I’ve found the right place to live?

If I had extended the stay in the current house, I’d still have to pay the full rent now that ’Pong is gone. This way I’d only have to pay rent for about two weeks out of four, and only for a small apartment. And, since I can do most of my work from anywhere on the planet with an internet connection, there’d even be the possibility of visiting other cities for a while.

The more I look at the numbers, the more sense it makes. Plus it means I’d have a less intense schedule, which will help reduce the stress.

After more than five years in this house, I’ve accumulated a bunch of stuff. It’ll take time to sort it out. If I were househunting at the same time, it wouldn’t leave much time and energy for actual paying work. This way I can do the possession-sorting now, and then do the househunting later — with the flexibility of knowing I can wait until I find just the right place.

When your home is also your workplace, choosing the right accommodation is even more critical. It’s not just about having somewhere to eat breakfast and sleep. It’s also about having a office that’s somewhere you can enjoy spending 40 or 50 hours a week. That’s why offers of “a spare room at my house”, generous though they are, aren’t as attractive as they otherwise might be. That, and us introverted types feel quite uncomfortable around strangers. Morning solitude is vital.

It’s also why I don’t think I could ever do a Paul Carr and live in hotels permanently. Apart from his emerging concerns about storing his life in the cloud, I for one need somewhere that provides a sense of home, a space that is mine and mine alone.

So here’s what I’m doing…

My focus this week is on getting rid of as much stuff as I can, selling what can be sold. This includes figuring out what to do with the things ’Pong has left here, including some of his original photographic prints.

Next week I divide everything into two parts, that which can be stored and that which is essential for day-to-day work and survival. Part A goes to the warehouse. Part B goes with me to… somewhere.

And this plan works whether I end up going to the US again or not. I think. Doesn’t it?

[Photo: Fog on San Francisco Bay, photographed on 12 December 2010 from the deck of USS Pampanito, a WWII fleet submarine moored at Fisherman’s Wharf as part of the San Francisco Maritime Park Association. ©2010 Stilgherrian. Published under a Creative Commons Attribution license.]

2 Replies to “Accommodation: into the unknown”