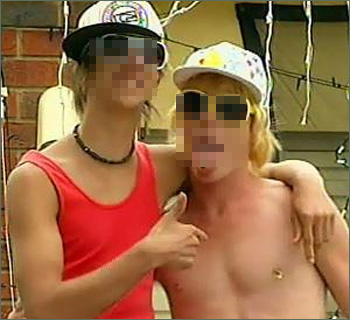 Even before the Internet this law was flawed. Radio and TV broadcasts were ephemeral (at least until we all got recorders), and newspapers could stop mentioning a name. But that couldn’t prevent you popping down the library to check last week’s edition. And it couldn’t stop people talking about what they already knew.

Today, thanks to blogs, Twitter and Facebook and the rest, even casual gossip is on the public record. Forever. Even if a web page is removed, we can still recover it thanks to Google’s cache and the Internet archive’s Wayback Machine.

You can’t take the piss out of the swimming pool.

Yet those tireless, dedicated soldiers of the mainstream media trudge through the ritual, typing “the youth, who cannot be named for legal reasons” and pixelating photos — even though we can still recognise faces we know.

So what do we do here? Do we ban all media identification of minors? Or just accept that The Truth Is Out There and drop the charade? Maybe we can do the latter and make it illegal to discriminate on the basis of anything we did as minors.

[Note: The pixelated image is for illustration purposes only. I pixelated an image of Corey Worthington Delaney (right) and a friend taken from Channel 7. I have no idea whether he was one of the youths arrested yesterday. How could I possibly know? The police have not said.]