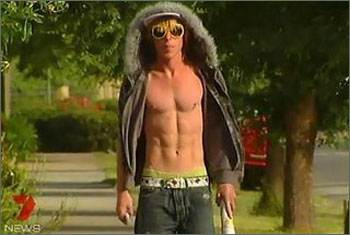 Michael is right, the police just can’t start billing people. As an Adelaide criminal lawyer put it to me this morning:

[I] don’t know if the situation is different in Victoria, but don’t think it is from the comments I’ve seen from lawyers on TV etc.

I like the “dangerous new precedent” angle for this. People who throw a party that gets out of hand scared to call the police for fear they’ll be billed for it!

The people who get ordered to pay cops back are usually the ones who have made a false report, who have to pay for the investigation, but that is something that the Court imposes.

When I first heard [Victorian police commissioner] Christine Nixon, she did not sound as though she was saying any more than they were going to look into ways to make him pay for it, but somehow that has been turned into “a $20,000 fine” by sections of the media. 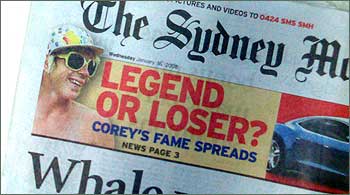 My lawyer friend says to Google the phrase “skins party” for some interesting reading on the topic of these sorts of parties.

The other aspect which shits me is the “binary opposite” simplification of the story.

“Legend or Loser?” asks the Sydney Morning Herald. What, are they the only options? One or the other?

Of course for the SMH‘s middle-class readership he’s no legend, so we can expect a flurry of outraged letters to the editor blaming all and sundry for… well, a party got out of hand. And the “enormous cost” of the police just doing what they’re paid to do.

Anyway that’s what I think. What do you think?

[Update 3.40pm: I’ve changed Corey’s surname from “Delaney” to “Worthington”. Apparently Delaney is his parents’ surname but not his. Or something.]

12 Replies to “The Madness of Corey Worthington Delaney”