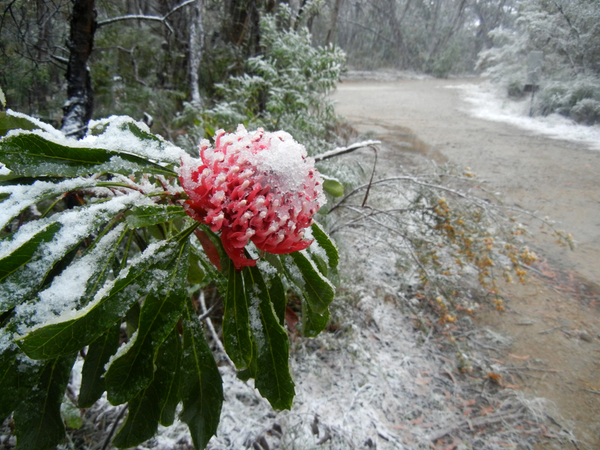 I am not impressed with my week of Monday 6 to Sunday 12 October 2014. While I did produce a podcast, and also caught up with a friend and visited a part of Sydney that I hadn’t previously explored, it was still less productive that I’d hoped.

There are reasons. I’ll tell you about them another time. Soon.

For completely unrelated reasons, I’ve decided to run an old photo, not a new one. Exactly two years and one day ago, it was snowing at Wentworth Falls. One year and a week ago, the place was under threat from bushfires. Welcome to Australia. It’s a stupid place.

There’s only one firm fixture in my week so far.

Other than that, I have a column or two to write for ZDNet Australia, and I’ll be producing an episode of The 9pm Edict podcast, but the exact order of play is yet to be determined. Like you care.

[Photo: Waratah in the snow, photographed at Bunjaree Cottages two years ago on 12 October 2012.]

One Reply to “Weekly Wrap 227: No snow, no productivity”