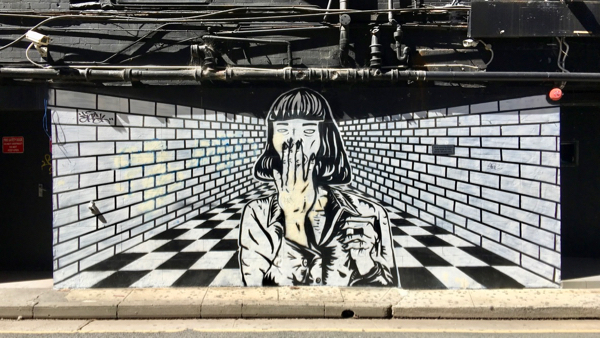 The week of Monday 18 to Sunday 24 September 2017 saw a solid surge into spring. It’s frightening.

Friday 22 September was the hottest September day ever recorded in Sydney and across much of NSW. That night, at least up here in the Blue Mountains, the overnight minimum was so far above average that it was a degree warmer than the average maximum for that day.

The planet is not broken.

None, but that changes next week.

Monday sees me on a day trip to Sydney for routine back maintenance. Beforehand, I’ll finish a yarn for ZDNet. En route and afterwards, I’ll work on my presentation for Wednesday night.

On Tuesday, I’ll catch an early train to Sydney to cover the first day of SINET61, the second annual joint conference of the Security Innovation Network and Australia’s Data61. I’ll stay in Sydney overnight.

On Wednesday, I’m flying down to Melbourne. That evening I’m speaking at Digital Manipulation of Democracy, part of the Victorian Fabians’ Spring Series of events on “Digitisation and Democracy”.

I’m staying in Melbourne through to Saturday afternoon. The rest is unplanned, but I’ll think of something. Or you will.

[Photo: Laneway Girl. A mural outside a nightclub on Earl Street in Sydney’s Kings Cross, photographed on 9 September 2017.]