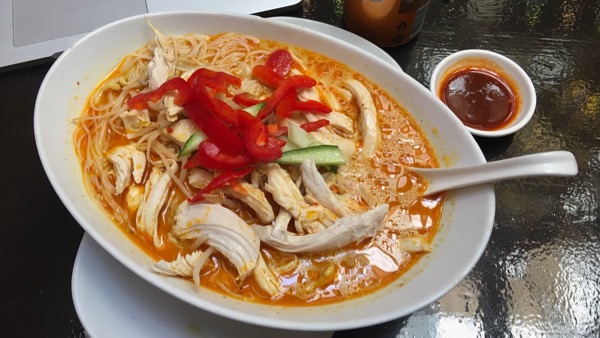 My week of Monday 30 October to Sunday 5 November 2017 was a curious one. Two days represented a great surge forward, then the third I slept the entire day. What is going on?

In case you haven’t noticed, I seem to operate on a cycle of busy weeks interspersed with quieter weeks, at least as it might seem from the outside. This was obviously a quiet week, both for health reasons and because I was collecting some material for future writing — including a wonderful conversation about cyber diplomacy.

Still, that was one of the biggest random waves of energy levels. I think I know why, and it’s a good thing, but here is not the place.

After a long gap I’ve finally posted the audio from a couple of my radio spots. Just follow the links.

DirectorTech is that sort-of SEKRIT editorial project I was working on over recent months. The first issue of the subscription-only newsletter was emailed on 15 September. The next will be on 28 November. It’s aimed at the corporate market, but it’s possible we’ll have some other subscription options by then.

On Wednesday, I’m putting together my next crowdfunding campaign, for The 9pm Edict Summer Series, which will probably be announced on Thursday. It’s more than a year since my last concentrated ask-for-money burst, and the gods know my budget needs some input. There’s been changes in the crowdfunding landscape since then, though, so this campaign may work slightly differently from previous ones. The details should be announced on Thursday night.

The week will end with some more writing on Friday.

Remembrance Day is on Saturday, though I haven’t decided how I’ll commemorate the occasion this year.

You can help support this podcast with a one-off contribution. Any contributions made until 2130 AEDT during the recording will count towards The 9pm Edict Summer Series, and will earn whatever the rewards end up being. You’ll be able to up your contribution to meet that pricing. Stay tuned for the details.

If all goes well, there’ll be another episode of The 9pm Edict before the end of the year, plus another Public House Forum episode much like the last one.

Much of the next few weeks will be about writing, and then making podcasts over summer. I haven’t locked in anything else specific for the rest of the calendar year. Please feel free to make some suggestions.

[Photo: Chicken Laksa being lunch at the MaMa Laksa House in The Grace Hotel, Sydney, photographed on 1 November 2017.]