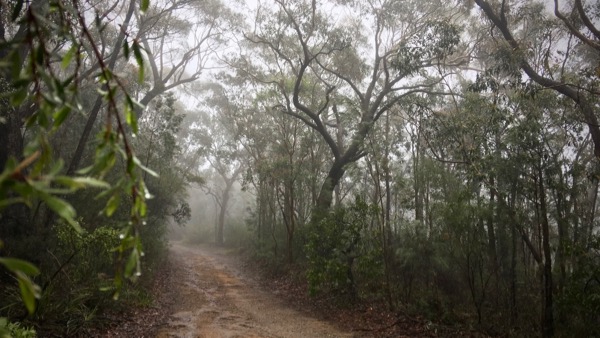 My week of Monday 6 to Sunday 12 November 2017 was a quite a productive one, especially with some organisational things done in the background. Je suis happy.

The big achievement was launching the crowdfunding campaign for The 9pm Edict Summer Series, to fund extra episodes of The 9pm Edict podcast over summer. As I write this on Sunday evening, 21 supporters have already taken us 45% of the way to Target One. Je suis even very happier.

On Monday, I’m writing for ZDNet, then going through my notes and recordings to see what else I should be writing about before the end of the year.

Tuesday is a Sydney day, primarily to go to a press lunch with cybersecurity company CQR. I may add some meetings, however, so place your bids.

The remainder of the week is mostly work for DirectorTech, but I’ll probably write something for ZDNet too.

This episode will include the wrap-up of the Pozible campaign for The 9pm Edict Summer Series.

[Photo: Track in the Mist, being one of the tracks leading to Bunjaree Cottages photographed late on the misty morning of 5 November 2017. While it was misty early in the week, it ended with some bright sunny days.]