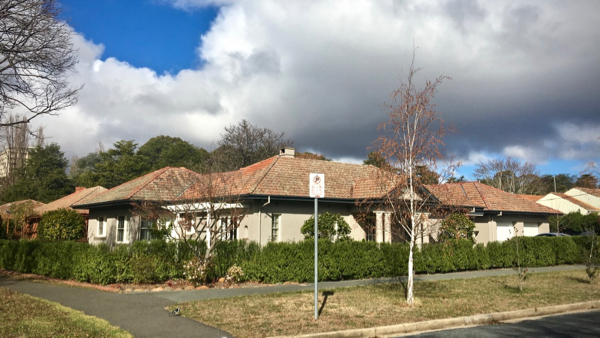 Without going into too many details, here is my week of Monday 11 to Sunday 17 June 2018. Much of it was spent in Canberra, where it was cold and windy.

I’ve also part-written an analysis of this week’s conference “Building Australia’s Strategy for Space” put on by the Australian Strategic Policy Institute (ASPI). That should be up at ZDNet late on Tuesday afternoon.

None, but there will be two podcasts quite soon. Promise.

The week will be spent in Sydney, at least until the weekend. It’ll be all about writing for ZDNet and Crikey, but I’m also hoping to sneak in one of the two podcasts I owe you. Plus I hope to finally kick this goddam cold. I won’t set specific dates for any of these things, though, because that causes a bit too much stress.

[Photo: Canberra Bungalow. Canberra was established in 1913, and the now-Old Parliament House was opened in 1927, so the city is quite new. The inner suburbs have lots of these inter-War bungalows. This one is in Braddon. Photographed on 18 June 2018.]