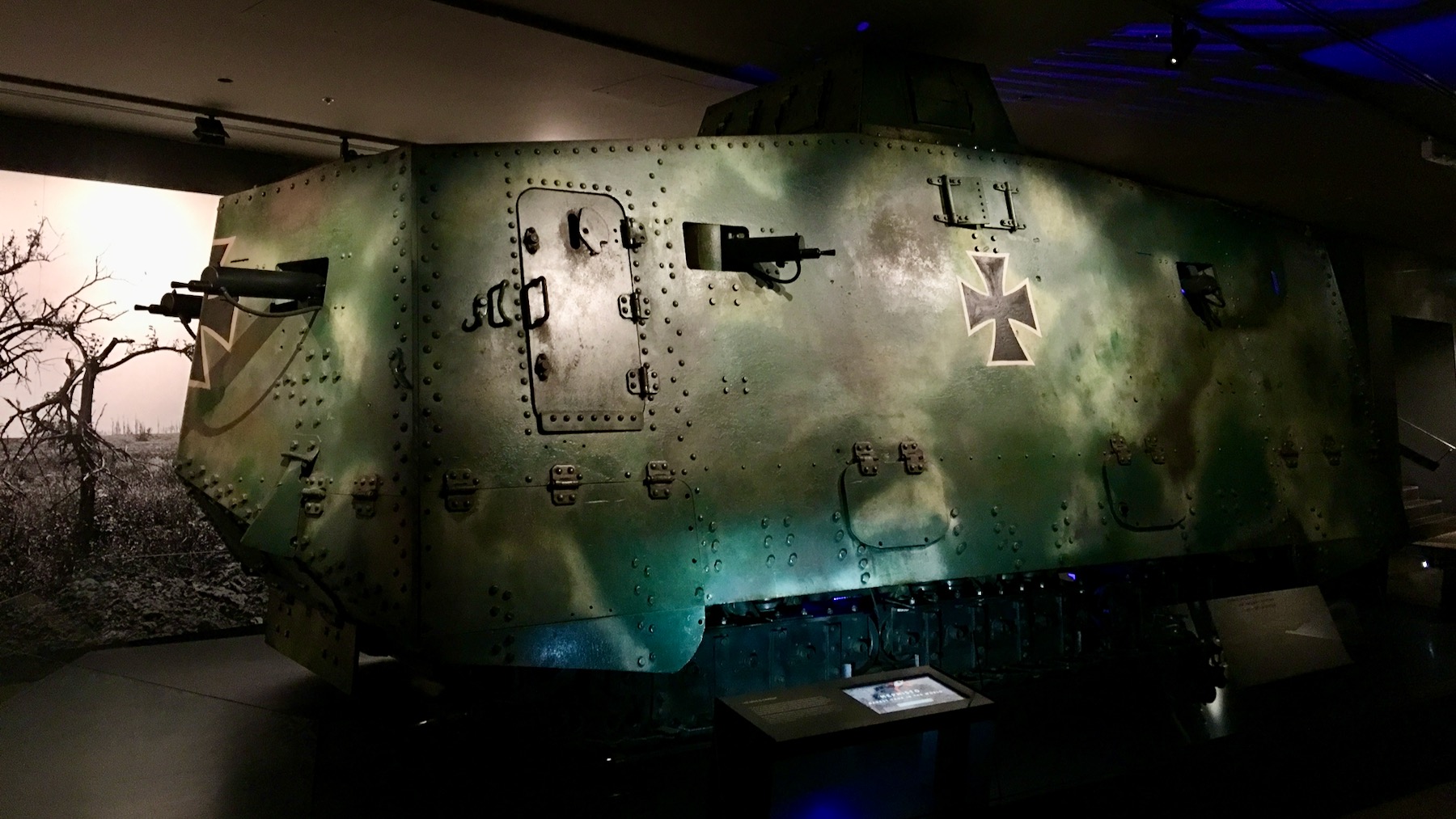 People have been pointing out the parallels between current events and the late 1930s. Watching this history in more detail makes the parallels even more obvious. And watching the evolution of The Great War shows how stubborn incompetence can lead to so death.

Anyway, that’s why I chose this week’s featured photo. It’s the German A7V tank named “Mephisto”, the sole remaining example of the type, which was on display at the Australian War Memorial in Canberra five years ago.

Meanwhile my Pozible crowdfunding campaign, The 9pm Autumn Series 2022, reached 77% of Target Two. Thanks to everyone who pledged their support. You’ll now get five special guest episodes of The 9pm Edict podcast this season, plus whatever solo episodes I throw into the mix, plus whatever I decide to add in the way of extras.

If you missed the deadline, you can always subscribe for special benefits or throw a few coins into the tip jar. Please consider, because your support is an essential part of my personal revenue.

Once more there aren’t many fixed appointments, but the usual main themes continue: the SEKRIT geek-work that I’m plodding through, some editorial consulting, and possibly some writing for ZDNet.

I’ll also map out the podcast production schedule for autumn. I’ll probably do a solo episode some time this week before the special guest episodes kick off the week after.

On Monday it’s the March Equinox, but since it’s at 0227 AEDT any celebrations will have already been done the night before.

On Wednesday I’ll try to catch a conversation from the US Studies Centre, NATO Expert Talk Series: NATO and the challenges to the rules-based international order.

Friday is a Sydney day, with another mix of personal, social, and work-related errands. The big question is whether the trains will be running by then, or whether it’ll be another coach-enabled odyssey.

[Photo: The German A7V tank “Mephisto” on display at the Australian War Memorial in Canberra on 18 March 2018.]