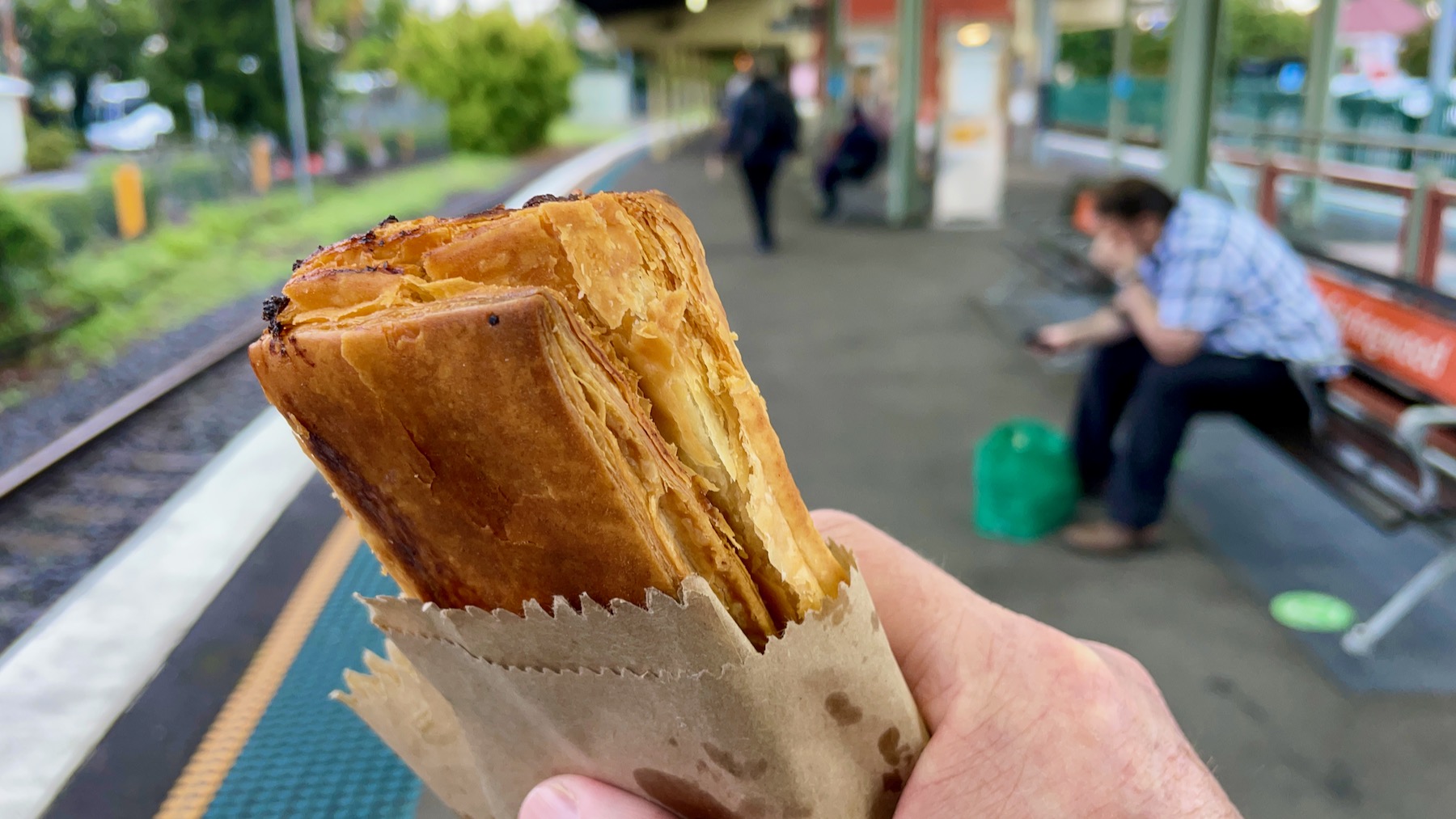 During the week of Monday 21 to Sunday 27 March 2022 I was finally able to start addressing the mould problem. Thanks to La Niña’s reign of terror, mould has started appearing on almost every surface, and especially parts of the ceiling where moisture has seeped through from the adjacent storeroom whose roof has proved inadequate. The fierce brown bubbling of the bleach is most satisfying.

I also had a potentially ill-advised day of activities in Sydney on Friday. Lunch with a co-conspirator stretched right through the afternoon and into the evening, becoming a late dinner. There may have also been drinks. With the Blue Mountains trains still out of action, a bus leaving Penrith well after midnight enabled me to get home before 2am. Joy.

The usual main themes continue: the SEKRIT geek-work that I’m plodding through, some editorial consulting, and possibly some writing for ZDNet. There hasn’t been any of that last one this entire month, so I should probably fix that.

Tuesday is Budget Night in Canberra, the night when Australia’s Treasurer gets up on their hind feet to tell lies about the economy. This year it’s Josh Frydenberg again, one of the dullest speakers in Parliament. And it’s an election Budget, so it will have even more lies than usual.

On Thursday night I’m revealing the answer to A challenge: Where is the Hill of Dead Pets?, which is for me a sad occasion because it’ll mean the end of my long-running teaser.

On Friday I’m recording the first special guest episode in the Edict‘s autumn series with evelyn douek, who blogs regularly at Lawfare.

As her website explains, “Being human, she naturally has a couple of podcasts, most recently as co-host of Lawfare’s Arbiters of Truth series on the online information ecosystem”. And yeah that’s a fantastic series.

If you’re a supporter with TRIGGER WORDS or a CONVERSATION TOPIC to insert into this episode, I’ll need them by 8pm AEDT this Thursday 31 March.

[Photo: An enormous sausage roll which I bought at Bakehouse on Wentworth in Springwood while en route to Sydney on 25 March 2022.]