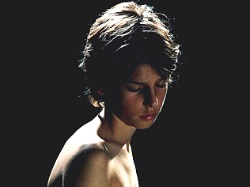 When it was later found that Henson toured a school seeking models — in company with its principal who was following all the right procedures — Crikey correspondent Peter Faris QC called for an investigation.

Bill Henson makes a lot of money photographing naked or semi-naked pre-pubescent children. This is called Art by the Left glitterati. Most decent Australians would call it Pornography. It is a matter of debate as to which side of the line we place Henson.

We now discover that Sue Knight, the (then) principal of St Kilda Park Primary School, invited Henson to look around the school and select young models about 15 months ago. It is reported that a new book (by David Marr and excerpted in The Age over the weekend) states that Henson walked around the playground at lunchtime, accompanied by the principal.

This is not good enough. Nowhere near it.

I ask this: By whose authority did Henson trawl for subjects/victims?

And he goes on.

Faris, being a lawyer, didn’t quite call Henson a child pornographer. But he larded his rant with lawyerly rhetoric and went as close as he could go without getting slapped with a libel suit.

My response for Crikey was published in the email version and was on the website — but I can’t find it just now so here it is again with added linkage:

Peter Faris’ rant about Bill Henson is the usual grab-bag of logical fallacies (like the appeal to an assumed majority of “Most decent Australians”) and cheap rhetorical tricks (like the name-calling of “Left glitterati”). But unlike Crikey‘s Canberra correspondent, who clearly points out the key difference between the two rounds of Henson-bashing, Faris makes an obvious error which demonstrates that he simply hasn’t thought this through.

He starts by pointing out that Henson makes pictures of “naked or semi-naked pre-pubescent children”, but then says the Victorian Crimes Act defines child pornography as including a photograph of a minor “depicted in an indecent sexual manner or context”. Bzzzt! Since when does “semi-naked” equal “sexual”?

I don’t know who all these sickos are who can’t see a little uncovered skin, adult or pre-pubescent, without feeling their lust rise, but why is Faris agreeing with their perverted worldview?

And if he continues to overlook the obvious difference between “semi-naked” and “sexual”, can I assume his next spray will be to call for the arrest of all surf club members for the mass child pornography of a Nippers Carnival, everyone involved in building a church with cherubs, kitschmaker Anne Geddes, and the producers of that toilet paper advert showing a baby’s bottom?

And yes, Anne Geddes’ work is evil. Little children who are far, far too young to give consent are drained of their individual humanity and, dressed as fruits and flowers, used as props in sentimental clichés. These are human beings, people, not dolls and mantle ornaments!

Meanwhile, I hope that when the NSW Sentencing Council report is finally published, so we can all see it unfiltered by tabloid journalism, it will show a rational series of amendments to law based on evidence — not pitchfork-wielding talkback outrage.