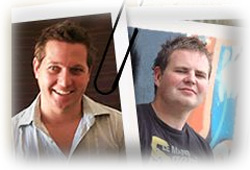 They know that thanks to teh intenetz, we can distribute that music from musician to audience for a fraction of a cent. They know that the audience is deciding for themselves what’s hot or not through this social media thing, and that the entire music industry is becoming irrelevant.

You the Music Industry have failed to move with us in our discovery of new and exciting ways to interact, collaborate, and communicate. We have embraced the digital space and the opportunities it affords us, and we have changed because of this. We are developing new forms of entertainment which have transformed the way we interact with each other, with you, and with music. This is an ongoing process, and we are excited about what we will discover tomorrow.

For some reason you assume that we are the same as yesterday, and you are kidding yourself.

You wrongly place the blame of declining CD sales on others. Our source of entertainment has diversified, and we are no longer as interested in the concept of the ‘album’.

There is no digital music battle or piracy war. That is a figment of your imagination, and, every time you preach our digital crimes to us, we ‘tune out’ of your deranged ranting. Your declining profits are the symptom of a business model that is fast becoming irrelevant.

You want us to pay? We want you to pay attention.

Hear hear. I have signed their letter. I look forward to the video they’re producing this weekend.