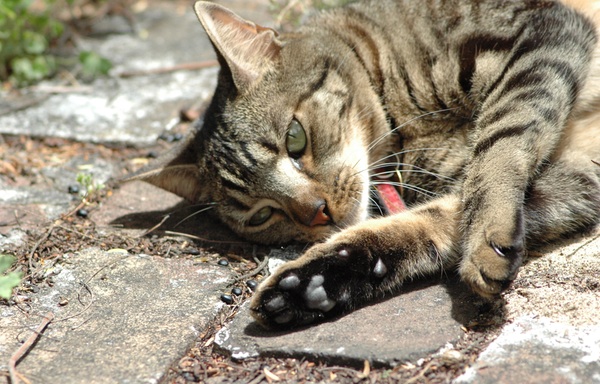 My accommodation for the next couple of weeks at least is sorted. Finally. The Blue Mountains then San Francisco. However a temporary home for Apollo (pictured) has yet to be finalised.

The plan I outlined a week ago seems to be coming together even better than expected.

I bump out of the house in Enmore, Sydney, on Thursday 3 February 2011. I’ll then spend a couple of days in a hotel so I can tidy up loose ends in Sydney before spending a week at Wentworth Falls in the Blue Mountains — because it turns out that an industry colleague and his wife bought the Bunjaree Cottages there and need someone to do a spot of caretaking and webby work.

And after that I’m off to San Francisco for the RSA Conference.

I don’t know exactly what I’m doing after that, but at least I’ll have time to think about it.

Apollo, meanwhile, needs to be stashed somewhere. I’ve got a couple of local options already, but if you feel the urge to have an attention-demanding cat for a few weeks do let me know.