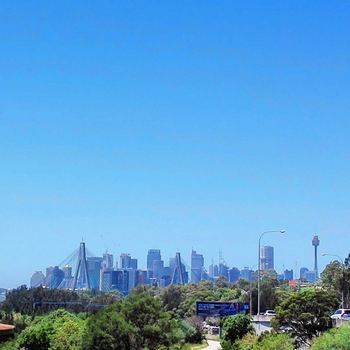 My week of Monday 29 December 2014 to Sunday 3 January 2015 was a strange mix of relaxation and stress. Relaxation during the New Year break, and stress because the server migration I was doing started to become a complete pain.

Since this is being posted a week late, I won’t bother expanding on all that for now. I may or may not issue a series of whinges in relation to the server migration.

But I will mention that on 30 December I migrated from Bunjaree Cottages near Wentworth Falls to Lilyfield in Sydney’s inner west, there to spend most of January. If you need to catch up with me in Sydney for some reason, this is the month for you.

[Photo: Sydney skyline, photographed on 30 December 2014. I seem to recall that it was a very hot day that day.]