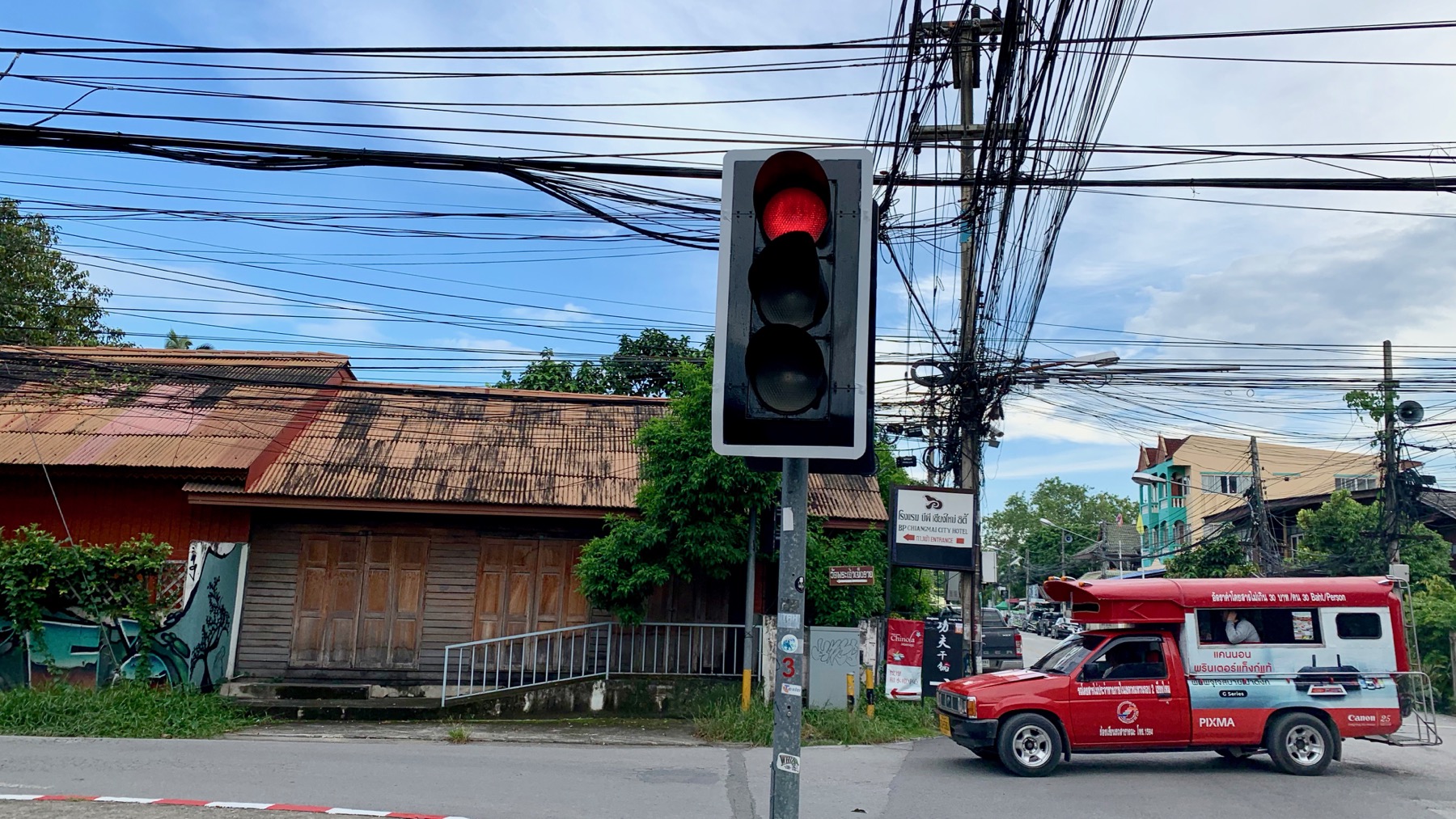 My week of Monday 9 to Sunday 15 September 2019 was spent in Chiang Mai, mostly covering the APNIC 48 conference, but also spending some of my own time looking around the city. I like it.

I should probably tell you more about Chiang Mai, but I think I’ll leave that to a podcast — whenever that might be. As I write this I’m in a Thai Airways lounge at Bangkok’s Suvarnabhumi Airport waiting for my flight back to Sydney, and I’m exhausted.

I arrive back in Sydney early on Monday morning, after which I’ll bump into an apartment I’m minding in Hurstville, and then collapse for a couple of days, maybe. I haven’t planned the week any further than that, except to register a vague intention to get some writing done. Maybe even a podcast? Let’s see.

Here’s what’s planned. Please let me know if there’s anything I should add. Send airline tickets.

[Photo: Traffic light with Songthaew in Chiang Mai. A traffic light at the corner of Thanon Ratmakka and Soi Sam Lan in Chiang Mai’s Old City, with a passing Songthaew, one of the the red passenger trucks that form the core of the city’s public transport. Photographed on 14 September 2019.]