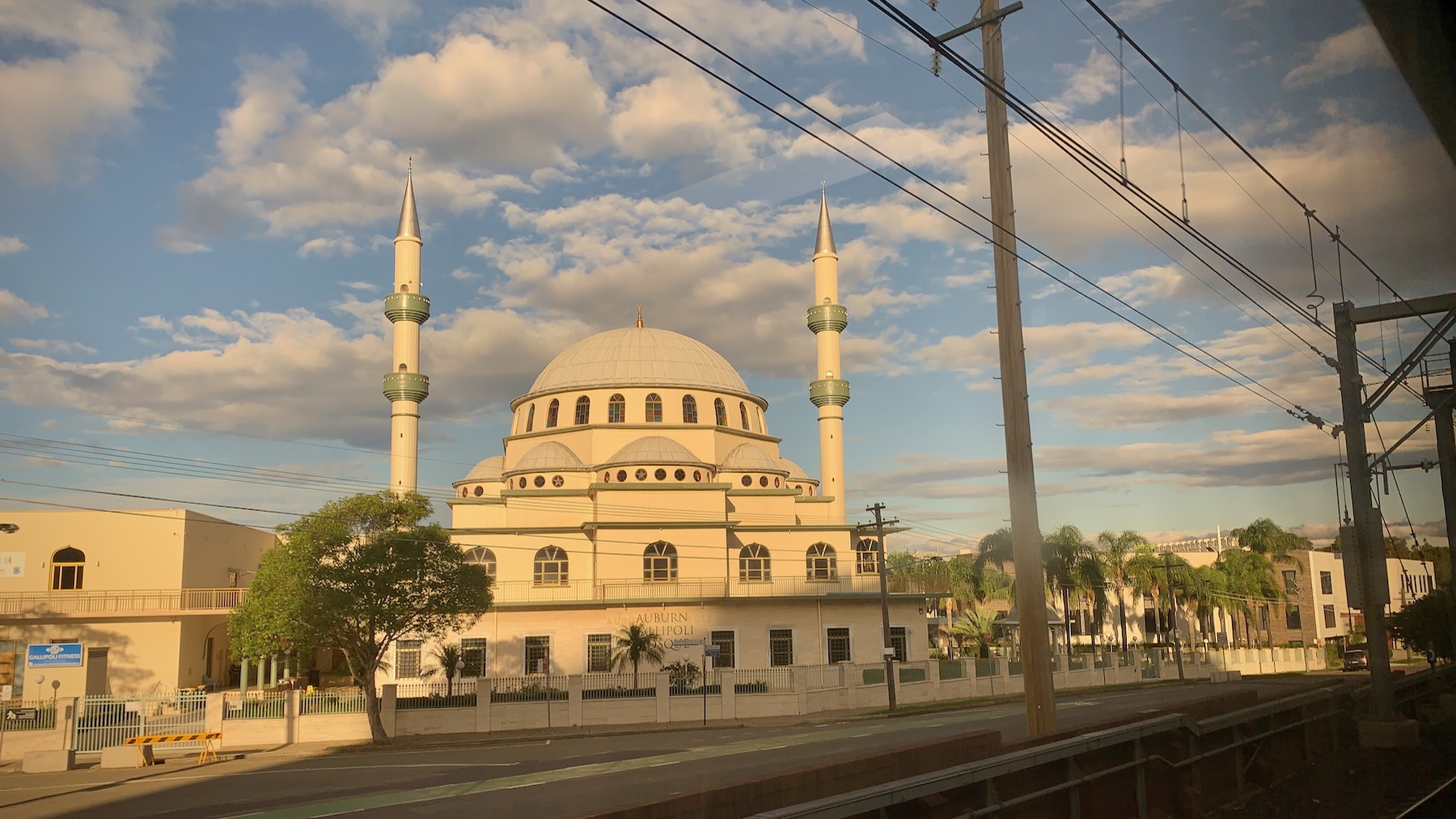 Monday 6 to Sunday 12 April 2020 was another week of isolation, but it seems that I’m starting to settle into a new pattern. Is this good? Or bad?

None, but thanks as always to the new and returning supporters who hit the tip jar.

The isolation continues at Bunjaree Cottages at Wentworth Falls. Monday is Easter Monday. That won’t be anything special this year, so I’ll be writing for ZDNet. In the evening I’ll also add to that Twitter thread.

That ZDNet writing thing might also happen on Tuesday. Wednesday Thursday will probably be my day of errands.

I’ll do another podcast in there somewhere, as the mood strikes. Probably on Saturday.

It remains to be seen how many of these events will still be happening.

Please let me know if there’s anything I should add. I doubt that there is, but it’s worth asking.

[Photo: Auburn Gallipoli Mosque in Auburn, Sydney, photographed from a passing train on 10 April 2020. I just realised that some people might think that posting a photo of a mosque at Easter is making Some Sort Of Statement. No, I just wanted to use a photo that I’d taken this week that wasn’t about that damn virus,]