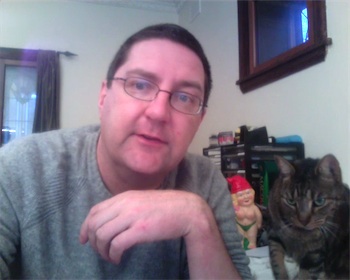 People have been asking whether I’m excited about my trip to Africa. To be perfectly honest, I’m not.

Or at least not yet.

Project TOTO is still too abstract. There’s no firm dates, there’s no clear itinerary and, from a project management point of view, no clearly defined goals. Not because the project isn’t happening or doesn’t have support or isn’t being planned properly, but simply because that detailed conversation with ActionAid Australia about priorities has yet to take place.

That conversation is scheduled for this coming Friday 12 June.

Meanwhile, I’ve had many, many things on my mind. Most of them are completely unrelated to Project TOTO. But all of them have conspired to make the last three weeks extremely stressful indeed.

That’s one reason why my last video diary was back on 21 May. That’s a screenshot at the top of this post. I’m looking tired, eh? And I’ve been even more stressed since.

It’s time to catch up. So, even though this is the Queen’s Birthday holiday, here’s a rambling update. With some pictures. 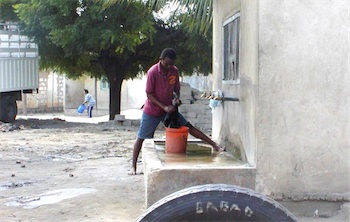 What can I confirm about Project TOTO today?

That last point is causing a bit of stress. 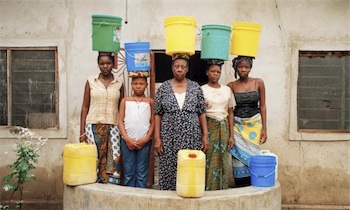 One media release talked about a “live video outpost in the remote region, training the local community to use it”. That’s one hell of an ask.

Live video at Ustream quality, which is what I use for Stilgherrian Live, requires a 400 kilobit per second uplink. Even here in Sydney’s inner suburbs, that’s available only if you’ve got a hard-wired ADSL2+ or cable connection (typically a 1Mb/s uplink) or Telstra’s Next G mobile broadband tuned for HSUPA (ditto). None of the other mobile broadband providers can deliver.

In Tanzania, there’s 1Mb/s DSL in Dar es Salaam, but that’ll have a maximum uplink speed of 128kb/sec. If we’re lucky. Outside the city we’re essentially at dial-up speeds or worse, either on overloaded DSL or whatever data links the mobile carriers can provide.

Even the new Thuraya satellite phones (pictured) only deliver 9.6kb/s. Thuraya does have a laptop-sized data terminal which can deliver 144kb/s — but I’m getting conflicting reports about Dar es Salaam and the south of Tanzania being in their coverage area for data.

One reason I dropped the video diaries is that a 5-minute video can be more than 40Mb of data. Imagine uploading that over dodgy dial-up!

Time is a factor here.

Once I’ve thought about what to say, recorded the video, compressed it and uploaded it, that’s an hour out of my day. Is that the best use of my time when only 124 people have watched the first episode (as of today) compared with 2000+ reading the words?

If I’m going to produce any worthwhile media out of Tanzania, something that isn’t the usual clichés, I’ll need time to reflect. 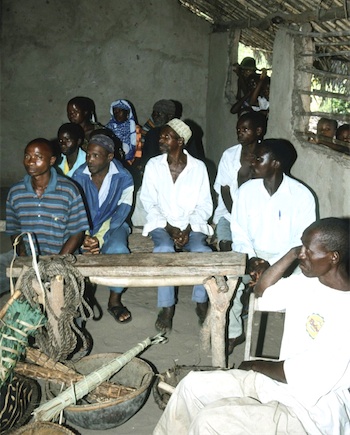 OK, I’m stressed about other things too. But I’m conscious that ActionAid is investing significant resources (for them) and trying something new (for them). ActionAid Australia, despite four decades of experience as Austcare, is now the new kid on the block. Doubtless they’re fearful of failure. As a result, so am I.

Now a typical 500-word Crikey article takes an hour or two to write, as does a post like this if I’m preparing photos. A reflective, insightful essay or feature article can take half a day. A liveblog like Gonzo Twitter 1: Saturday Evening in Newtown unfolds in real time over a couple of hours, but you have to be relaxed and “in the zone” for it to work. Unreliable Bangkok 3: Bureaucracy was based on an entire day’s experiences, and only emerged weeks later.

What if there’s so many things happening that the Muse is not with me?

That’s why TV sports coverage is so banal. The swimmer has just exerted himself to the utmost and broken the 400m record. He’s barely emerged from the pool. The adrenalin is surging through his brain. And yet we stick a microphone into his face and expect him to say something meaningful. There’s a reason the Australian Institute of Sport trains its athletes to have the clichés ready, and a reason those clichés — and only those clichés — roll out.

How will I balance the demands of producing this sort of material with, you know, “setting up a live video outpost in the remote region, training the local community to use it”?

What if I get to a remote village and discover that I’ve forgotten some key component? It’s not like I can just nip down the shop!

How will I avoid being yet another white bloke rolling into town telling the locals what to do?

That’s all out of my system now. While the non-TOTO stresses have not subsided, at least I feel that I’ve accomplished something today. And now I can take a break and tackle my presentation for the SoGiKII Law, Communication Technologies and Culture Conference.

But starting tomorrow I’ll try to gradually shift into a regular daily pattern of posting photos and writing. Wish me luck. And perhaps ask me questions and stuff that I can answer in future posts.

6 Replies to “This ain’t no holiday!”