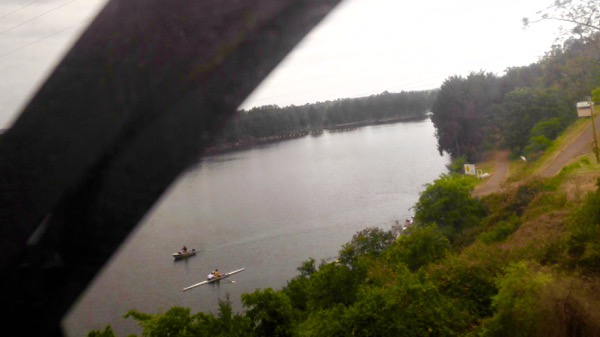 My week of Monday 5 to Sunday 11 October 2015 was a strange pause, a transition between weeks of pain and discomfort, and what appear to be some very busy weeks indeed.

I shall let the facts speak for themselves…

None, but research is under way for a ZDNet column to be published early on Monday.

There were no editions of 5at5 at all this week either, and that’s terrible. Why not subscribe so you’ll get all the future ones?

The last few weeks have been rather unstructured. Not so the week ahead. It’s both busy and tightly scheduled.

On Monday, I’ll finish a column for ZDNet, deal with an errand to Penrith, conduct some audio equipment tests, and prepare myself for the rest of the week.

On Tuesday, I catch the 0636 train to Sydney, and then VA830 to Melbourne, sneaking in a quick work session at Meanjin in the afternoon, before a reception kicks off the Australian Information Security Association (AISA) National Conference. I’m covering that event for ZDNet, as well as recording material for my own Corrupted Nerds podcast, through until Thursday.

On Thursday evening, I’ll be wrapping up the Pozible campaign Send Stilgherrian To Ruxcon 2015, which closes at 2230 AEDT. As I write this, it stands at 34% funded.

On Friday, I’ll be writing for ZDNet before flying back to Sydney on VA879 that evening. Whether I continue through to the Blue Mountains, or stay in Sydney overnight, has yet to be decided.

On Monday 19 October, I’m wrapping up another episode of The 9pm Edict, as well as appearing on Mark Pesce’s podcast TWISTA – This Week in Startups Australia. The middle part of the week has yet to be mapped out, but if things go to plan, on Friday I’ll be heading back to Melbourne for Ruxcon.

[Photo: Crossing the Nepean, with boats, photographed on 9 October 2015.]