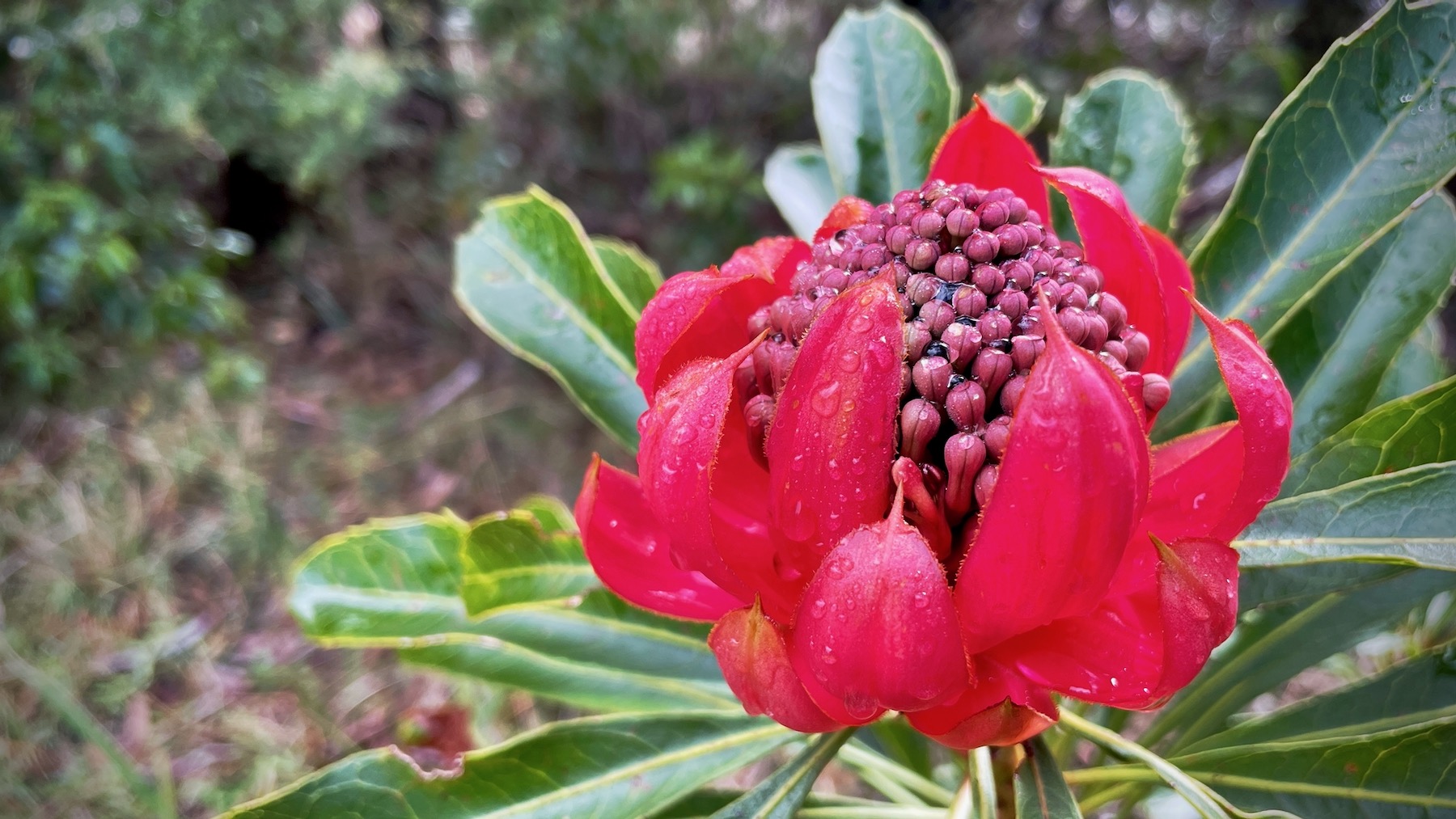 I did a lot of sleeping during my week of Monday 10 to Sunday 16 October 2022 but I’m not sure why. However there was a brief break in this year’s near-continual presence of La Niña and that made for a pleasant change.

One might have thought I’d be sick of photographing waratah flowers after that massive series of photos last season, but this critter at Bunjaree Cottages looked so cute in the rain the other day I just couldn’t resist.

It’s Aussie Bird Count week, so I’ll be taking plenty of 20-minute breaks to count birds. Science! You should join me. You just know I’ll post my counts on Twitter, right?

On Tuesday night we start into the final five films in Bond on Tuesday with the first in the Daniel Craig era, Casino Royale (2006). Find a stream and get ready at 8.30pm AEDT. We press PLAY at 8.40pm.

Thursday sees a Sydney day-trip for a variety of reasons, including lunch with a co-conspirator.

Some time in the second half of the week I’ll produce another episode of The 9pm Edict podcast, but I haven’t figured out the details yet. Yes I know I said that last week but plans changed.