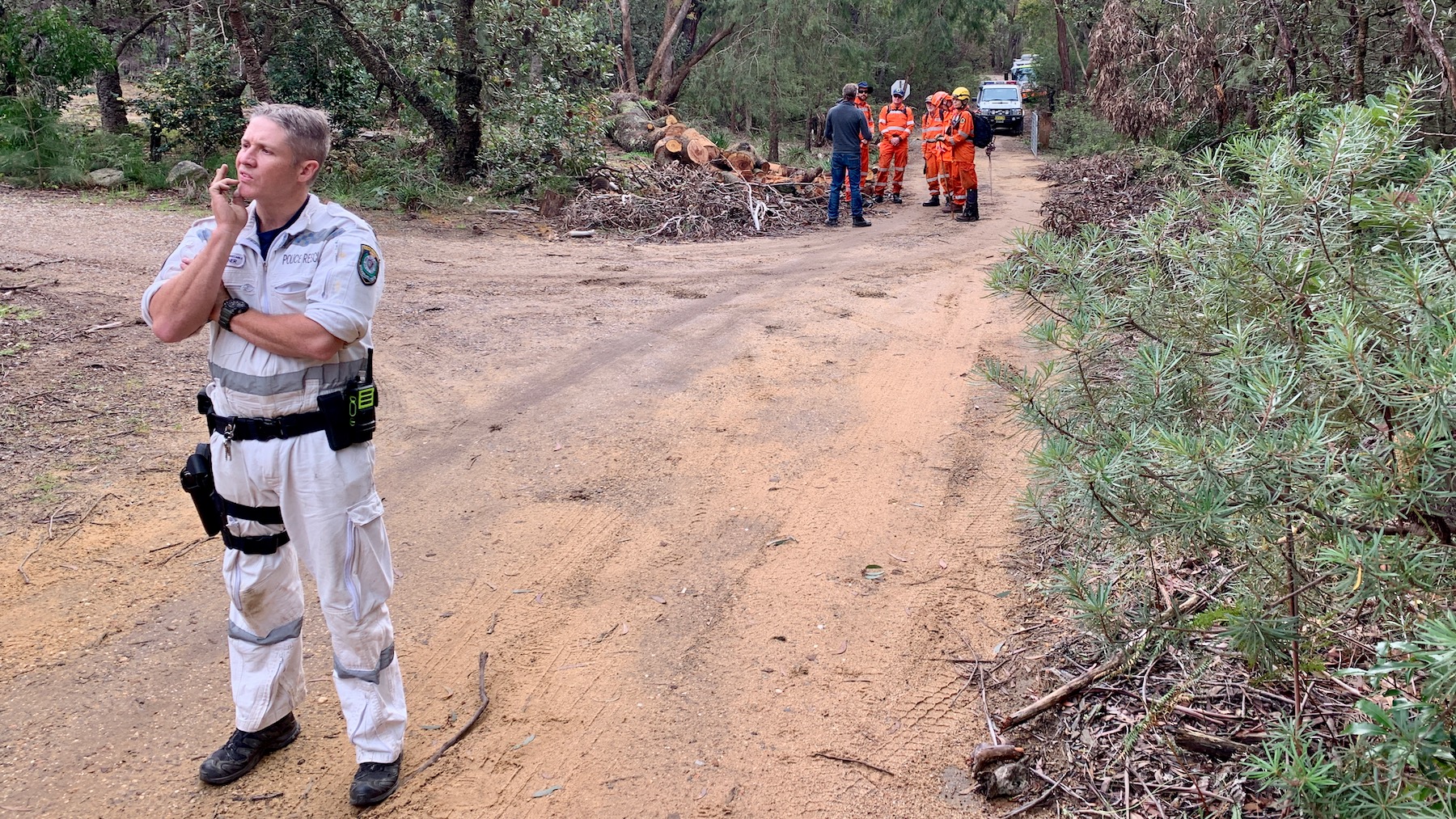 Monday 8 to Sunday 14 June 2020 was another unproductive week, alas, thanks to the coronablues. It also saw the start of a police search in the valley below.

On Thursday afternoon we heard the sound of a helicopter low overhead. It was VH-PQZ with the callsign POLAIR 22. NSW Police. Circling in what was obviously a supporting role for a ground operation, or perhaps a search.

A cop turned up on foot. He told me that back in late May there’d been a traffic accident up on the road, and said something to the effect that not everyone had been accounted for.

Then on Saturday, a ground team of Police Rescue, NSW Rural Fire Service (RFS), and State Emergency Service (SES) turned up, about 40 in all, to comb the scrubland. I haven’t heard whether they had any success.

All I do know is that the accident happened just after the New Moon, so it would’ve been a black night down in that valley. It’d be easy for an injured person to get lost. And with the cold nights, there’s not much likelihood anyone could have survived.

None, though at the time of posting I’m part-way through writing a ZDNet story for Monday. It’ll be my first filing in a month, which is a bit embarrassing.

The isolation continues at Bunjaree Cottages at Wentworth Falls, although on Monday a friend will be coming up from Sydney to join me for lunch at the pub in Leura. It’s so good to be able to get out again.

The Australian Parliament is sitting Monday through Thursday this week, so I hope there will be something interesting to write about. There wasn’t this week, unfortunately.

I see that the controversial Telecommunications Legislation Amendment (International Production Orders) Bill 2020 is on the current Notice Paper, as well as the Identity-matching Services Bill 2019, and the Australian Security Intelligence Organisation Amendment Bill 2020. I have no idea how much of this will end up being debated this week, however, because there’s a lot of other things that need to be done.

On Thursday I’ll probably drop into the Australian Strategic Policy Institute (ASPI) panel discussion Unraveling the CCP’s overseas influence: United front work from Australia to Europe. I’ve missed most of the online panels I’d intended to watch, but this one might actually generate some writing.

I must do some writing.

The Winter Solstice is on Sunday. I may do something to mark the occasion.

There’s still almost nothing scheduled for certain. Everything here is tentative.

[Photo: Police Rescue and State Emergency Service personnel arrive at Bunjaree Cottages to start searching the nearby valley on 13 June 2020.]