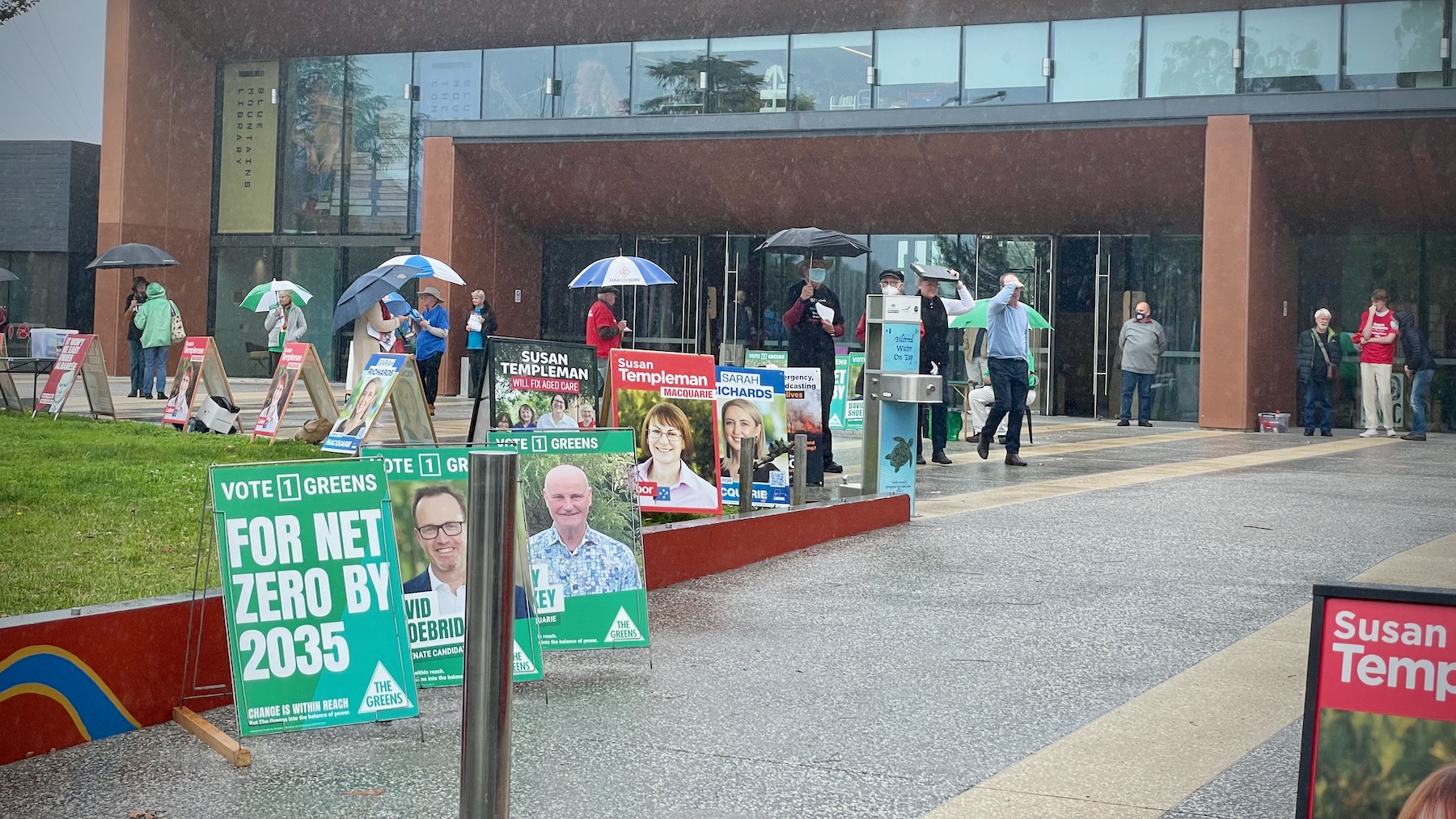 I kicked off my week of Monday 9 to Sunday 15 May 2022 by getting my voting out of the way in the current federal election campaign. I sorted out the podcast scheduling. And I uploaded some footage of the swamp wallaby clan who visit the Bunjaree Cottages compound most nights.

This week I launched a new Pozible crowdfunding campaign for the next season of special-guest podcast episodes.

I’ve already lined up one very special guest indeed, economist Umair Haque, author of The New Capitalist Manifesto and Betterness: Economics for Humans, chronicler of the decline of America, and maker of disco.

There will also be another episode with Scottish author, social researcher, and podcaster David F Porteous, and a catch-up on the plague with Dr Trent Yarwood.

The campaign ends at 9pm AEST on Thursday 26 May. Please consider supporting The 9pm Winter Series 2022.

At the time of writing we’re 39% of the way to Target One.

The 9pm Edict is supported by the generosity of its listeners, and the election mini-series is outside my planned budget because I am an idiot. Scroll back two paragraphs for instructions on what you should do next regarding crowdfunding.

The week kicks off with more of the SEKRIT geek-work and editorial consulting, and possibly even some writing for ZDNet.

Update 16 May 2022: I’ve invented a new thing called Bond on Tuesday #BondOnTuesday, which is basically where we all watch a James Bond film on Tuesday nights at 8.30pm Sydney time. First up is Dr. No (1962).

Wednesday is all about podcast pre-production, then on Thursday I’m recording two episodes.

In the morning it’s the last of my pre-election specials, which will be posted that day.

In the evening I’m recording a special-guest episode with David Gerard, who you’ll remember from last year’s The 9pm Dumb Anarcho-Capitalist Blockchain Scams. We’ll be looking at all the current dramas in the cryptocurrency and NFT worlds. The finished product will be posted on Friday.

If you’re a supporter with TRIGGER WORDS or a CONVERSATION TOPIC for that episode, please let me know by 6pm AEST on Wednesday 18 May 4pm AEST on Thursday 19 May.

Update 19 May 2022: The episode with David Gerard will now be recorded on Saturday 28 May. If you have TRIGGER WORDS or a CONVERSATION TOPIC for that episode, please let me know by 6pm AEST on Friday 27 May.

Saturday is federal election day. I’ve already voted. Instead, I’m meeting a friend down in Sydney to eat, drink, and watch Antony Green do his Saturday night party tricks as the count comes in. I’ll stay in Sydney through to Monday.

[Photo: Volunteers promote their political parties at the Blue Mountains Theatre and Community Hub in Springwood, a pre-poll voting centre for the federal election, on the rainy morning of Monday 9 May 2022.]