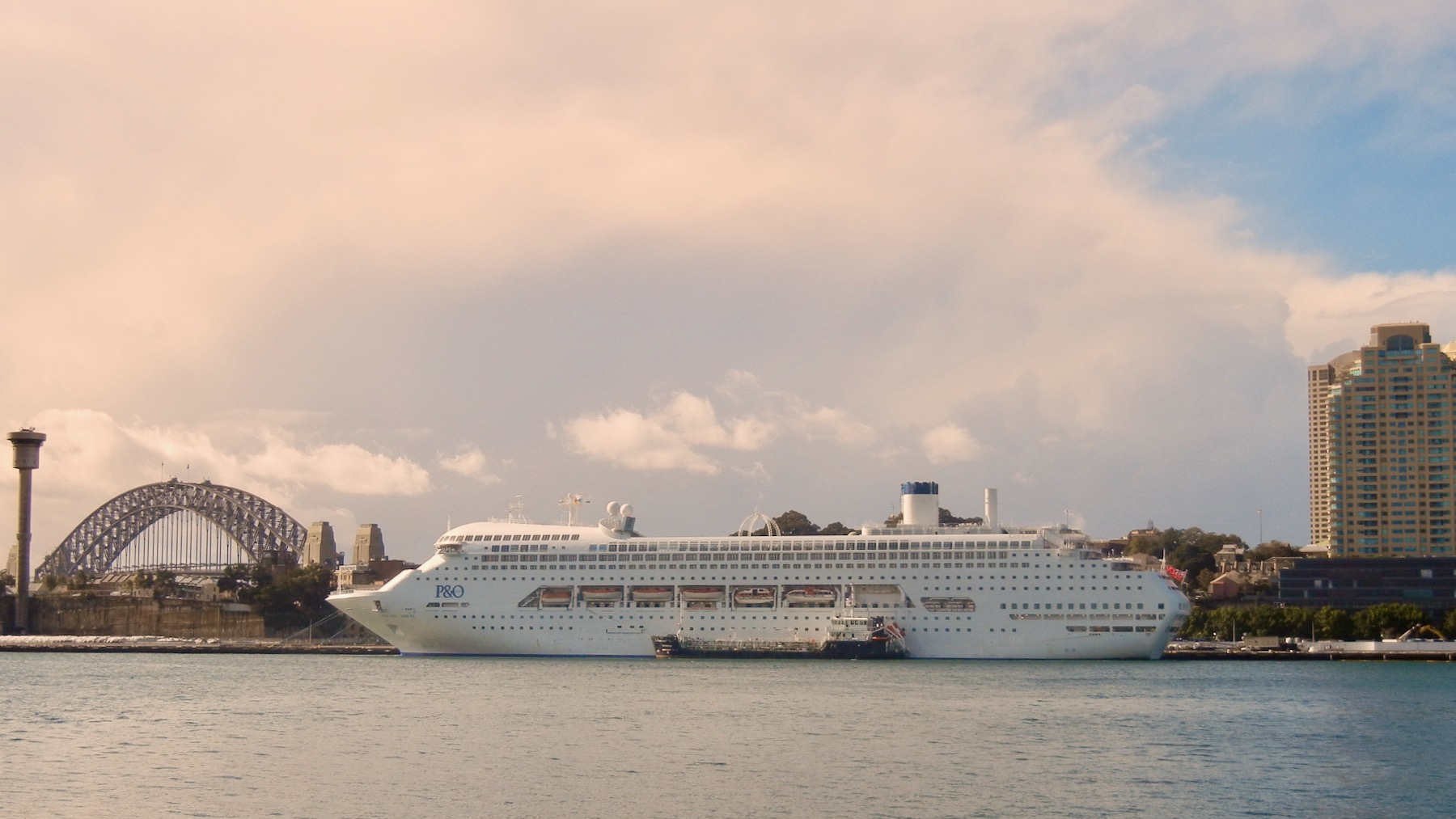 I’ve sometimes said that I seem to operate on a two-week productivity cycle. It therefore comes as no surprise that my week of Monday 18 to Sunday 24 July 2022 was a relatively quiet compared with last week’s burst of productivity.

I don’t know why, but my sleep patterns were all over the place. The’ve improved as the week comes to a close, but I still needed a three-hour nap this afternoon. Sigh.

As for this week’s photo, since I didn’t take any particularly exciting new images I’ve gone back a decade. That’s the P&O cruise ship Pacific Jewel as it was then in 2012. In 2018 it was sold to Jalesh Cruises and renamed Karnika, then scrapped after that company went bust during the Quarantines. It’s moored at what was for a time a cruise passenger terminal but is now Barangaroo. The Sydney Harbour Bridge, on the left, is still there.

A few weeks later I was in San Francisco for one of my then-regular visits. It seems an eon ago.

Each weekday this month I’m tweeting links to things from my archives with the hashtag #StilArchive2022 and collecting them on the web. This week I’ve chosen:

None of these. You can read my previous writing at Authory, where you can also subscribe to an email compilation of any new stories each Sunday morning. You can subscribe to my YouTube channel to be notified when new videos appear.

Monday is about editing some documents for a client.

Tuesday is a big day because it’s the Opening of Parliament in Canberra. I’ll be watching online. Here’s the proposed parliament sitting calendar (PDF) for the rest of 2022.

In the evening, Bond on Tuesday continues with The Spy Who Loved Me (1977) starring Roger Moore. Find a stream and get ready at 8.30pm AEST. We press PLAY at 8.40pm.

Thursday involves a number of errands down in Penrith.

[Update 29 July 2022: The Penrith excursion also included a long dinner and drinks with a friend. It’s now late Friday morning so I’ll have to rearrange this last bit of the week.]

On Friday Saturday I’m recording a solo episode of The 9pm Edict, which will doubtless be a reflection on the first week of Parliament under the Albanese government. All three days of it.

The 9pm Edict is supported by the generosity of its listeners. Do feel free to contribute to my upkeep.

I wrap up the week with a personal planning weekend. This is On Sunday and Monday I’ll be running through the two-day process for implementing David Allen’s Getting Things Done (GTD) system, as described last week. You won’t be seeing much of me online during this period.