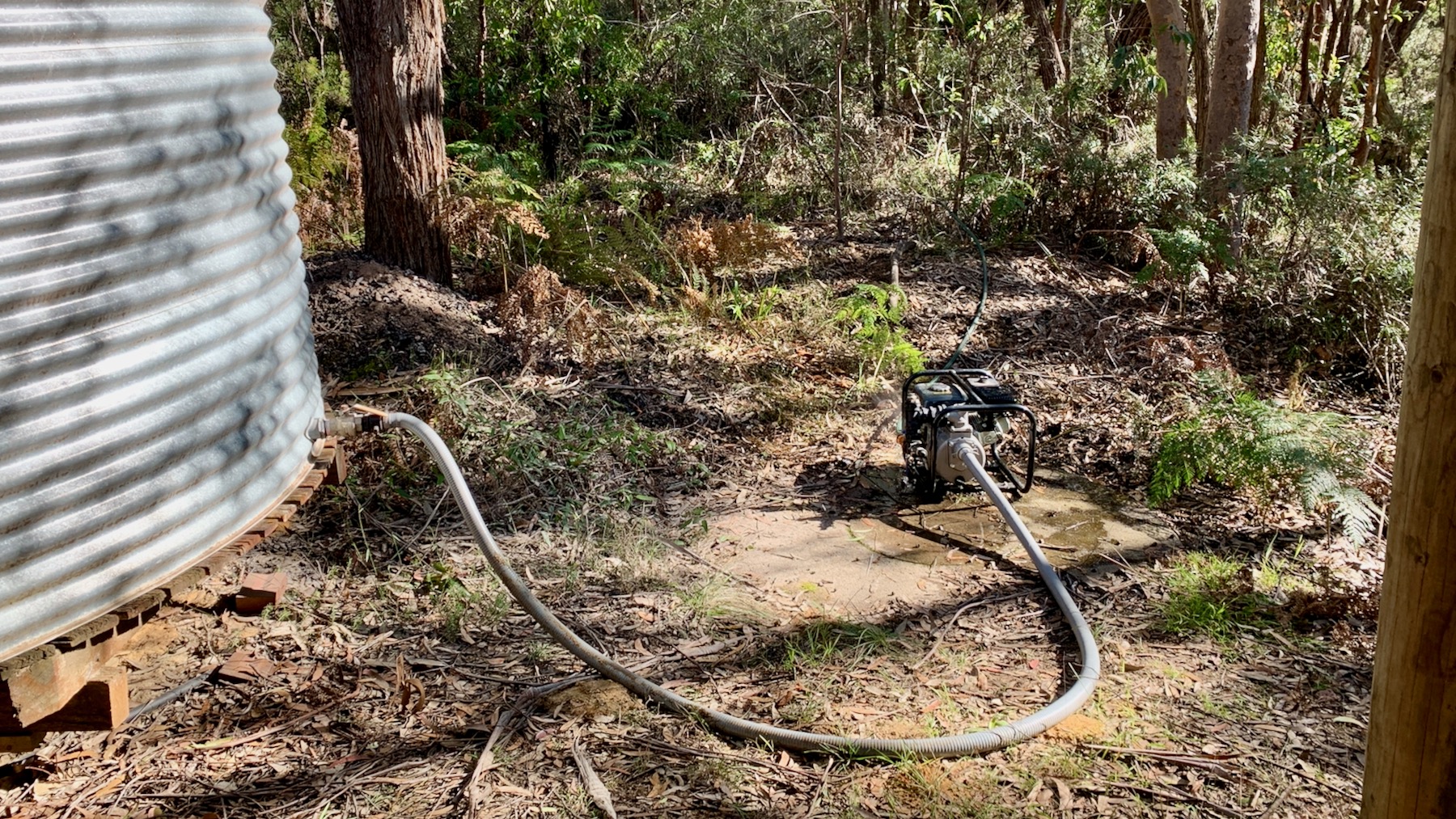 During the week of Monday 29 June to Sunday 5 July 2020 we ran out of rainwater. With all the COVID-19 dramas, we’d forgotten that we’ve still got all the other things happening. Such as climate change and the resulting lack of rainfall. Still I got some work done.

The isolation continues at Bunjaree Cottages at Wentworth Falls. Mostly. And I’ll continue trying to get some writing done. But that said…

Wednesday is a Sydney day, and I’m staying down in the city until Saturday. I really need a change of scenery, and there’s some fantastic hotel deals at the moment.

Wednesday evening I’ll drop in to Andrew Fowler in conversation with Mary Kostakidis about his updated book on Julian Assange, The Most Dangerous Man in the World. As you may know, I’m not exactly a fan of Mr Assange, and I find the whole cult of personality a bit disturbing. However Fowler’s original edition was a great read, and I’m curious to see how his perspective has changed.

[Photo: The Pump of Productivity. A petrol-driven transfer pump is being used to shift water from one rainwater tank to another through the scrub at Bunjaree Cottages, Wentworth Falls.]