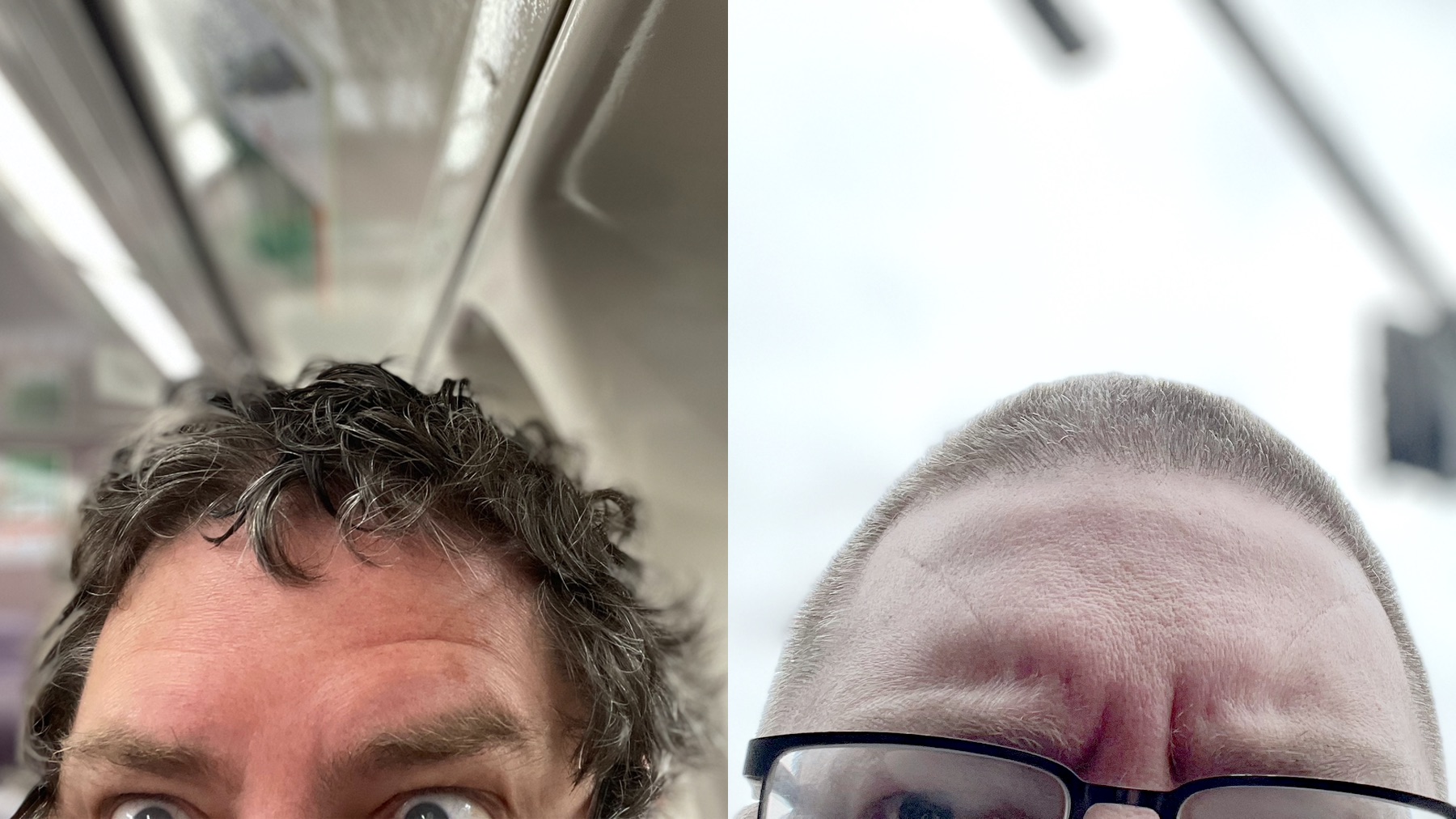 My week of Monday 11 to Sunday 17 October 2021 reminded me just how much human interaction I was missing during Greater Sydney’s lockdown. That ended on Monday, and I enjoyed the simple pleasure of sitting in a room where there were strangers and their sounds, and wine.

I also had the second-best haircut I’ve ever had, simply because after three months it was a pleasure to see the ragged curls disappear. You can see the results in the photo.

The very best haircut I ever had was in Bangkok back in 2007.

My current Pozible crowdfunding campaign The 9pm Spring Series 2021 aims to fund more special guest episodes of The 9pm Edict podcast through to the end of November and beyond. Please consider.

At the time of posting, we’re 48% of the way to Target One off 29 supporters with four days remaining.

You can read my previous writing at Authory, where you can also subscribe to an email compilation of any new stories each Sunday morning. Or you can just send me gifts.

None, but on Thursday I was the guest on a recording of the Australian Democrats’ podcast Keep the Bastards Honest. That episode won’t appear until the week after next, I believe.

I decided last week to combine “Videos” and “Photos” into an “Imagery” section but now I’ve separated them again. Not that anyone cares.

The actual counting part of the Aussie Backyard Bird Count starts on Monday so you can expect some tweets about that.

It’s also the first of two weeks of federal parliament, and I know there will be stories to write about that.

However I really need to tackle that much-delayed geekery for a client. Fortunately the improving spring weather helps with that.

On Tuesday I’ll drop in to the seminar CAPABILITY: Submarines, Industrial Development, and Future Technologies, run by InnovationAus. There’s some interesting names on the panel, but with eight people in just one hour, we’ll hear maybe six minutes from each one. Deduct their opening thank-you for inviting me and this project is important for Australia that’s down to four minutes each. Don’t have so many people in a one-hour event.

The Pozible campaign wraps up on Thursday night. I might do something special at 9pm AEDT. Which campaign? The 9pm Spring Series 2021.

On Friday I’ll try to catch a Sophos webinar, Navigating the Data Security Maze in Australia.

[Photo: Photographs of your correspondent’s hair, before and after the haircut on 11 October 2021. Doesn’t the lighting make a difference too! The first image was taken on the train coming down to Sydney, the second out in the cloudy daylight of Railway Square.]