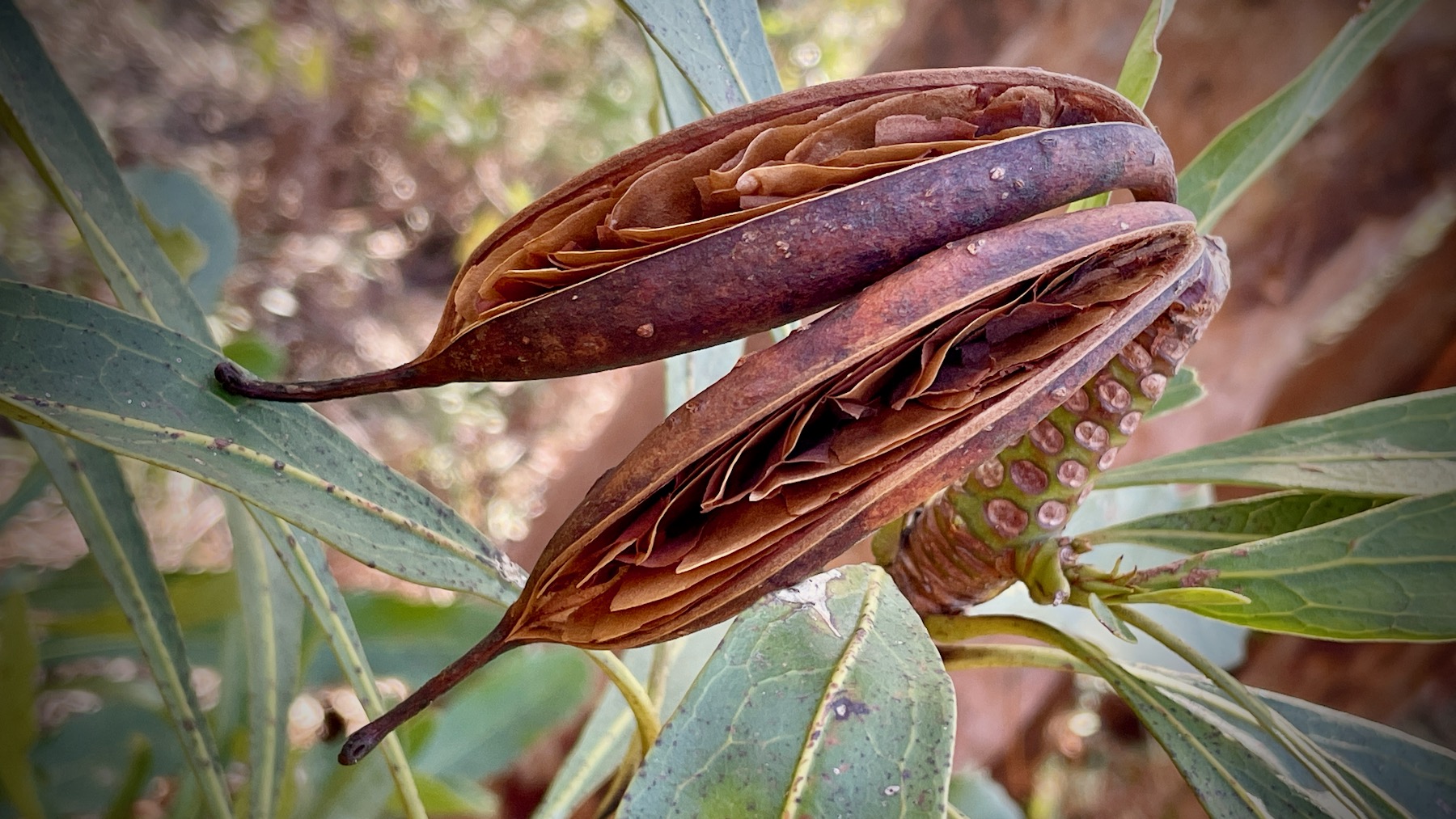 Monday 25 to Sunday 31 July 2022 saw the waratah I’ve been tracking finally open up its seed pods, and I produced a podcast. See what I did there? I also started to track what’s happening in the new Parliament and launched a new crowdfunding campaign.

On the weekend I kicked off the two-day process for implementing David Allen’s Getting Things Done (GTD) system, as described two weeks ago. So far it’s going very well. I’ll write about it in due course, but for the moment I’ll just say that the software OmniFocus continues to be excellent. It should do, because it’s designed specifically for this purpose.

One thing I will say, though, is that it feels very good indeed to be getting my personal organisation back to the excellent state it was in some years back.

Meanwhile, time marches on. In just a few weeks it will be spring. That means it’s time to launch another crowdfunding campaign, cunningly titled The 9pm Spring Series 2022.

Yes, I’ve started slightly earlier than hinted at recently. But Pozible pre-approved the project because they know me quite well now, so I thought I might as well launch it as soon as I was ready. I’ll promote it more heavily next week.

However in the first 24 hours it’s already reached around 14% of Target One, which is fantastic.

There’s still three more special-guest episodes of The 9pm Edict to come before then, however, and you’ll see them listed below in bold.

Each weekday this month I’ve been tweeting links to things from my archives with the hashtag #StilArchive2022. For this final week I’ve chosen:

Here’s the entire collection. If you’d like me to keep going with this sort of thing, maybe one item per week, do let me know.

None of these. You can subscribe to my YouTube channel to be notified when new videos appear.

There’s plenty of recommendations this week as I’ve been cleaning out all the open tabs in my web browser.

On Monday I’m finishing off the Getting Things Done set-up. You probably won’t see much of me online.

Bond on Tuesday continues with Moonraker (1979) starring Roger Moore. Find a stream and get ready at 8.30pm AEST. We press PLAY at 8.40pm.

On Wednesday I’m heading down to Sydney for a covid-19 vaccination booster, dose number four in fact, a haircut because I didn’t have one last time, and a few drinks with a friend to sort out some logistics before returning.

On Friday I’m heading down to Sydney again, but this time to start housesitting in Surry Hills for most of the rest of the month. If you want to catch up with me in Sydney, it looks like August is the month to do it.

On Friday afternoon I’m recording a podcast with SpaceAustralia.com’s Rami Mandow, who was on the pod in May. If you’re a supporter with TRIGGER WORDS or a CONVERSATION TOPIC for this episode, please let me know by 8pm AEST this Thursday 4 August. That episode will be posted on the weekend.

[Photo: A seed pod of a New South Wales waratah flower (Telopea speciosissima) nearing its final stage of opening up, photographed on 30 July 2012. This was day 333 of the Waratah sequence 2021, in which I’ve tracking the evolution os a single waratah from from when it was still a bud on 1 September 2021.]